Our multi-talented techie that wakes up as a runner and transforms into an artist after office hours. 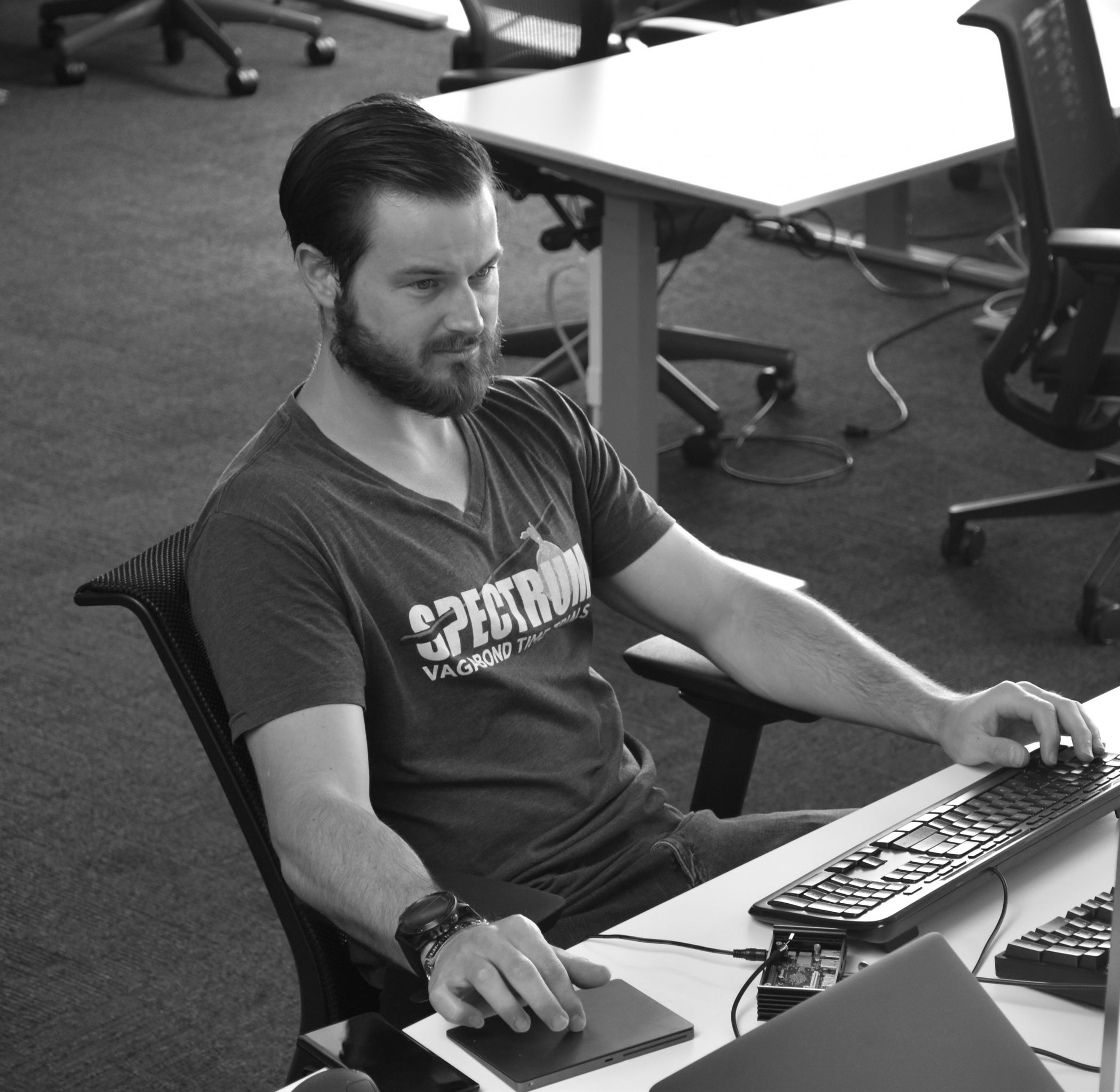 A true countryman from Kentucky, Ryan hadn't always been so sure about what he wanted to do when growing up.

"At first, I gave Biomedical Engineering a shot, but it didn't really suit my personality. You know I'm more the type of person who's eager to have an impact and see quick results."

Ryan started studying Biomedical Engineering at Purdue University in Indiana, but it didn't turn out to be the love story that he hoped it to be. Still lost and uncertain if he wanted to keep on going down this path, he decided to broaden his horizons by taking on several modules unrelated to Biomedical Engineering on top of his degree.

While Biomedical Engineering had not sparked his interest throughout his first year, Computer Engineering only took a single class to make Ryan think to himself: "Maybe that's the spark I was looking for this whole time". He made the big leap, changed courses and he hasn't regretted it ever since.
​
Ryan simply loved designing Architect Solutions and enjoyed the immediate results and impacts it had. He was excited to grasp all this knowledge and head out in the real world fast. This led him to his first job at Rockwell Collins, the leader in technology and intelligent solutions for the global Aerospace and Defense industry. There, he had the opportunity to design cockpit displays for military aircrafts as well as creating missile recognition systems, working for clients from all across the globe during 4 rewarding years.
​
Deeply anchored in the military industry, Ryan then moved on to work in a smaller, highly specialized team at Qualcomm which was handling government projects, ranging from Radio Systems to Network Acceleration.

Naturally, he then transitioned to Network Based projects and worked with ARM to build reference designs for the 'Internet of Things'. To put it simply, Ryan has contributed to helping the Internet be what it is today. Huge, right?

But at this point, he believed that it was time to work on something that felt more personal to him and his particular lifestyle.

“Being diabetic, Health naturally plays a huge part in my life. After ARM, I was hoping to find a project, a product, something that would resonate with my personal lifestyle, to be able to project project my knowledge and skills into a vision that could help other people like me."

Ryan had initially seen ShapeScale's viral video on Facebook while he was still working at ARM. He was hooked by the idea and thought it was an amazing concept.

“When I decided that I wanted to try something new, I was surprised to see that Shape had a job opening right at the same time! I didn't think twice and applied straight away, with the hope of contributing to the ShapeScale project. ”

Ryan saw this opportunity as a new challenge that gave a sense of excitement to his professional career.

“As I mentioned, being apart of this is something completely new to me and I am very excited to overcome the obstacles that lie ahead of us. Developing the first 3D body scanner of its kind is not an easy task, and the outcome will not only be a huge achievement for us, but also a big step forward in the world of VR and AR.”

For Ryan, the ShapeScale goes way beyond the world of Fitness: "The possibilities and applications behind such a product are countless. Think about it. 3D scanning could be of great help in plenty of other industries like Fashion, Gaming, or even be the gateway to those hologram meetings that you see in Sci-Fi movies such as Star Trek. And yes, I am a big fan of Star Trek ever since I had to cycle 5 hours straight in front of a TV to train for my upcoming Iron Man race."

A day in Ryan's life

Ryan is now part of the Software team, aka ‘Philippe's fire distinguisher crew', specializing in the Backend Engineering of the product.

To give you a sneak peak into Ryan's secret mission, his average day goes somehow like this:

He wakes up everyday at 6 a.m. and goes for his daily run for about 30 minutes to an hour. And as if that was not enough for a morning workout, he then proceeds to bike for an extra two miles to the office! Now you would think that two miles isn't that bad, but if you've ever lived in San Francisco, you'd know that we have some pretty daring hills here.

Once in the office, Ryan gets his morning cup of coffee to get him going for the day. And trust me, once he gets started, there is no stopping him from cracking all the codes that get in his way. He makes sure that the motors, cameras,  and rotating speed are all in sync to ensure that we get the most accurate scans possible.

“I am currently focusing on developing the Embedded Systems of ShapeScale. This basically means that my work is what will enables us to securely collect the users' data from the scan and send it to the cloud to be analyzed. I am in charge of putting the pieces of the puzzle together, to put it simply. ”

After topping the day with a few meetings and interviews, Ryan can call it a day ​after making great progress and at this point all it is left for him to do are two miles on the other side of the hill

Outside of office hours, Ryan is an athlete and a creator. First and foremost a runner, he enjoys participating in ultra-marathons. On top of that, he is a big rugby fan and had a blast following the recent Rugby World cup games, as he is originally South African on his mother's side (Go Bokke!).
That being said, Ryan is also an artist who has mastered the arts of painting and drawing as well as music through the piano. Buy a ShapeScale today and get 50% off Ryan's art pieces!

HIGHLIGHTS OF WORKING AT SHAPE

Having worked in a small team environment during the more recent years of his career at ARM, Ryan was looking for a similar type of atmosphere at his next job.

“Working in a small team definitely makes it feel more intimate. It's not simply about coming to work, doing your job and then heading home. We really enjoy being here at Shape and I believe that it has a significant, positive impact on our performance both individually and as a whole.”

He is quick to remind us that being in a startup, there is always plenty of work to do and we have to jump hurdles on a daily basis. "But at the end of the day, isn't that what makes it so stimulating and interesting?"

“All in all, I am very grateful to have this opportunity to work which such a talented team in San Francisco, the biggest tech hub in the world. And more importantly, I get to create a product that can change people's lives for the better.”