Clearing Up Plant Based Protein Myths

Before we dive into the top vegan protein sources, let’s clear up a few misconceptions. Because it is one hundred percent possible to get enough plant based protein.

One of the biggest myths surrounding a vegan diet is that it’s difficult to find vegan protein sources when you cut out animal products. Protein has become a bit of a dietary obsession for many people, especially people who are into health and fitness.

But if you’re thinking about going vegan or reducing your intake of animal products, getting enough plant based protein as a vegan should be the least of your worries. Plant based protein sources are out there. Actually, there’s protein in every edible plant you can think of.

Meat Vs. Plant: Find Out Which Is The Best Protein

How Much Protein You Actually Need

Plant Based Protein For Weight Loss

It’s well supported by science that eating protein can increase the number of calories you burn by boosting your metabolic rate (calories out) and reducing your appetite (calories in).

Protein at around 25–30% of total daily calories has been shown to boost metabolism by up to 80–100 calories per day. According to these studies, a protein intake of around 30% of calories may be optimal for weight loss. This amounts to about 150 grams per day for someone on a 2000-calorie diet.

Plant Based Protein For Weight Maintenance

Someone who is aiming to maintain muscle mass needs to eat enough protein to prevent muscle breakdown.

According to a study done by UCLA, people looking to maintain their weight need about 0.36 grams of protein per 1 pound of body weight each day. This is the approximate amount of protein that will help you maintain your body’s current muscle mass. This amounts to about 54 grams per day for someone on a 2000-calorie diet.

Plant Based Protein For Muscle Gain

Protein requirements are going to be the highest for anyone trying to build muscle. To gain muscle, your body must synthesize more muscle protein than it breaks down. In other words, there needs to be a net positive protein balance in your body.

Many studies have tried to determine the optimal amount of protein for muscle gain but many reach different conclusions. A common recommendation for gaining muscles is 1 gram of protein per pound of body weight. Other scientists have estimated the protein needs to be a minimum of 0.7 grams per pound.

Also, some studies show that more than 0.8 grams per pound have no benefit. Meanwhile, others indicate that intakes slightly higher than 1 gram of protein per pound is best.

Though it’s hard to give exact figures due to conflicting study results, about 0.7–1 grams per pound of body weight seems to be a reasonable estimate. This amounts to about 135 to 165 grams per day for someone on a 2000-calorie diet.

How Technology Can Help To Stay On Track With Your Diet

The Best Sources of Plant Based Protein

Every time you enjoyed a PB & J sandwich as a kid, you were consuming a vegan protein source without even thinking about it. While peanut butter is typically labeled as fat, it’s also high in protein.

The next time you go to the store or do your grocery shopping online, don’t go for JIF and Skippy. These nut butters are basically salt and sugar bombs. Try a sugar-free, no salt added peanut butter with minimal ingredients.

Legumes are a go-to plant based protein source for vegetarians and vegans because they’re naturally high in protein. Chickpeas are a favorite vegan protein source because of their mild but delicious flavor and versatile texture.

Chickpeas are also accessible, affordable, and easy to prepare. You can buy them pre-made in cans almost anywhere. Check your grocery store for a bulk section, and you can buy dried chickpeas in bulk and batch cook them in a pressure cooker, like the Instant Pot.

Basically, nutritional yeast is a deactivated yeast that resembles the taste of parmesan cheese and is full of vitamins and minerals. It’s also high in protein. Many people swear by this plant based protein source and have even given it the nickname, “nooch”.

How to incorporate this unique vegan protein source? Use it as a seasoning on savory meals. For example, if you’re enjoying a salad, soup, or nourish bowl, simply sprinkle a couple tablespoons of nutritional yeast on the top. You can also create your own vegan Parmesan-style cheese and nacho cheese sauce using nutritional yeast.

That super dark green stuff that makes your smoothies look like swamp water? Yes! In addition to being a great vegan protein source, spirulina powder is packed with nutrients.

It’s nearly impossible to consume that much spirulina in one sitting, but you can realistically pack in a few tablespoons throughout the day. Simply add spirulina to smoothies, juices, and other beverages. You can even get creative and make spirulina smoothie bowls, oats, protein balls, and more.

Sure, this isn’t the best tasting plant based protein source, but it’s an easy and healthy way to pack in more vegan protein.

One tablespoon of spirulina powder contains 4g of vegan protein. 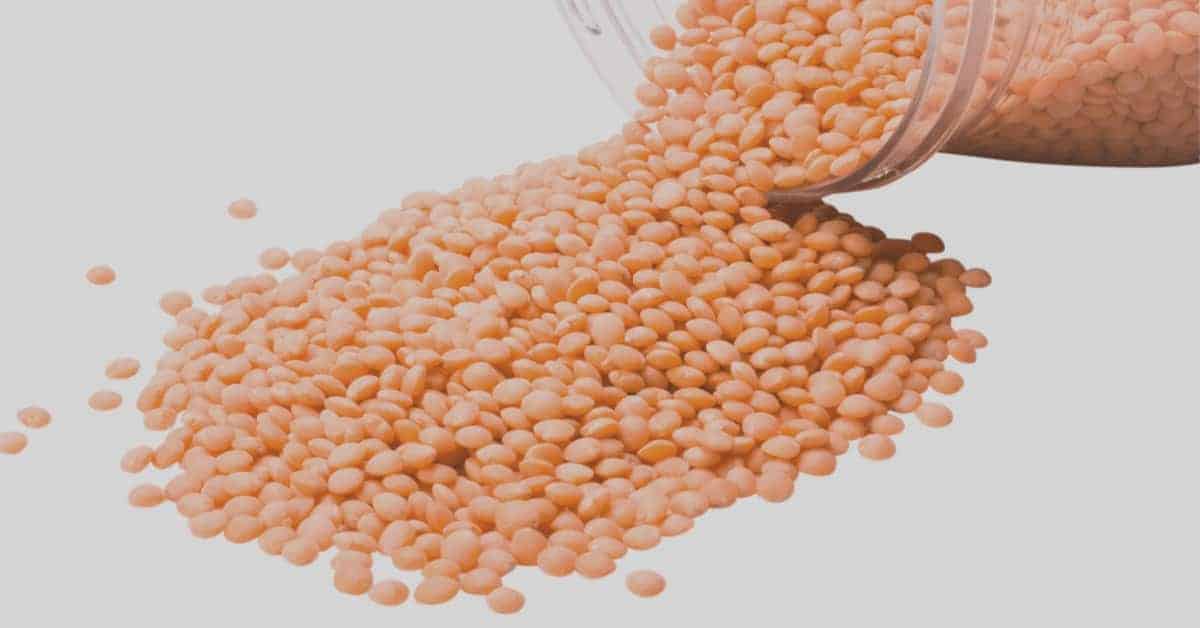 The great thing about plant based protein sources is that some of them are extremely affordable. Take lentils, for example. When you do the math, each serving costs less than a buck. We’re talking cents for more than one-third of your daily protein requirements.

Like beans, there are several different types of lentils. The main ones are red lentils, brown lentils, and green lentils. This vegan protein source is popular in Indian dishes, but lentils are extremely versatile.

One cup of cooked lentils contains a whopping 18g of vegan protein.

To no one’s surprise, beans are an excellent source of vegan protein. Kidney beans are especially healthy and have tons of nutrients, including a whopping amount of protein.

Plus, kidney beans are already in some of your favorite dishes. Make a big batch of chili, soup, or spicy red beans with this plant based protein source and your meal prep is done for the week. 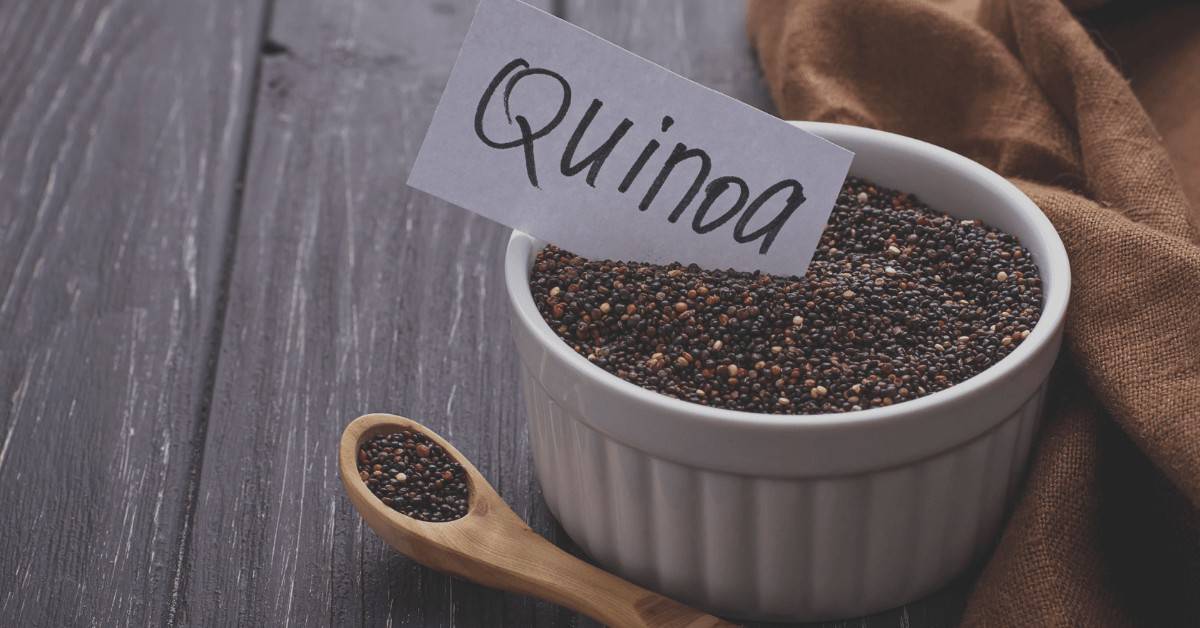 Grains are an important part of a vegan diet (and any diet, really). Quinoa stands out as the MVP of grains because of its nutritional and protein content. So the next time you have to choose between rice and quinoa, try quinoa.

One cup of cooked quinoa contains 8g of vegan protein. 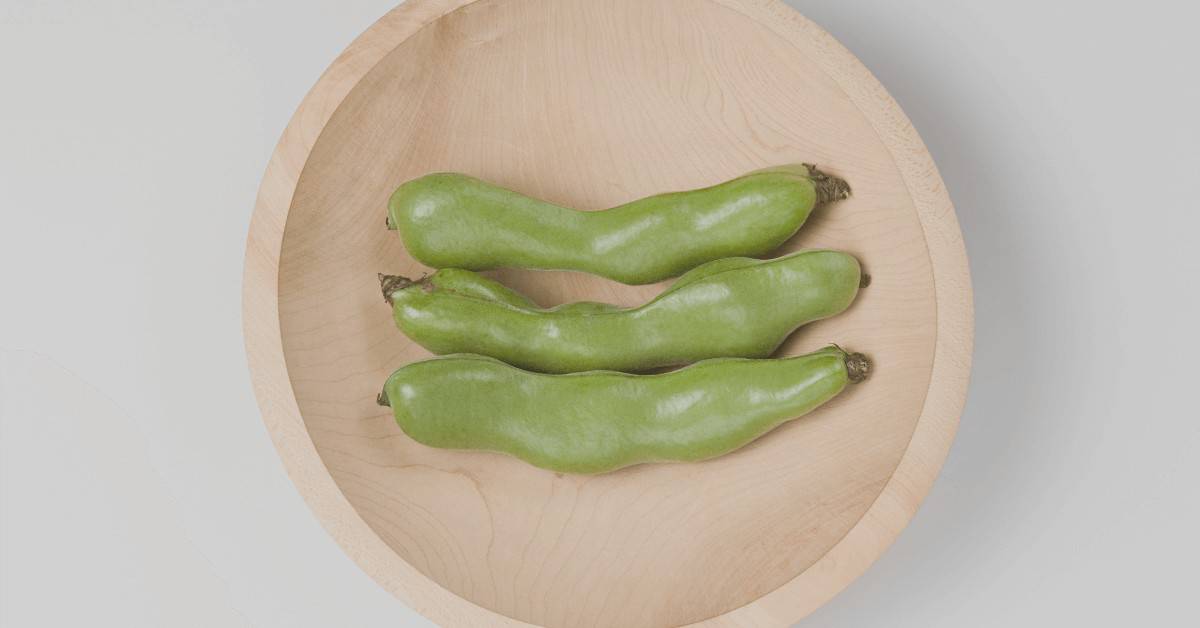 Soy comes in many forms—some being less processed than others. Edamame is a great example of the whole foods version of soy.

When soybeans are very young in mature—before they’re actually soybeans—they’re referred to as edamame. Edamame is very similar to green peas in a pod in terms of how they look. Both the green pod and the beans inside are edible and full of protein.

There are many ways to enjoy edamame. This plant based protein source is particularly popular in Asian cuisine. You can toss edamame in stir-fries, make a crispy snack out of them, or season them as a side dish.

One cup of cooked edamame contains 17g of vegan protein. 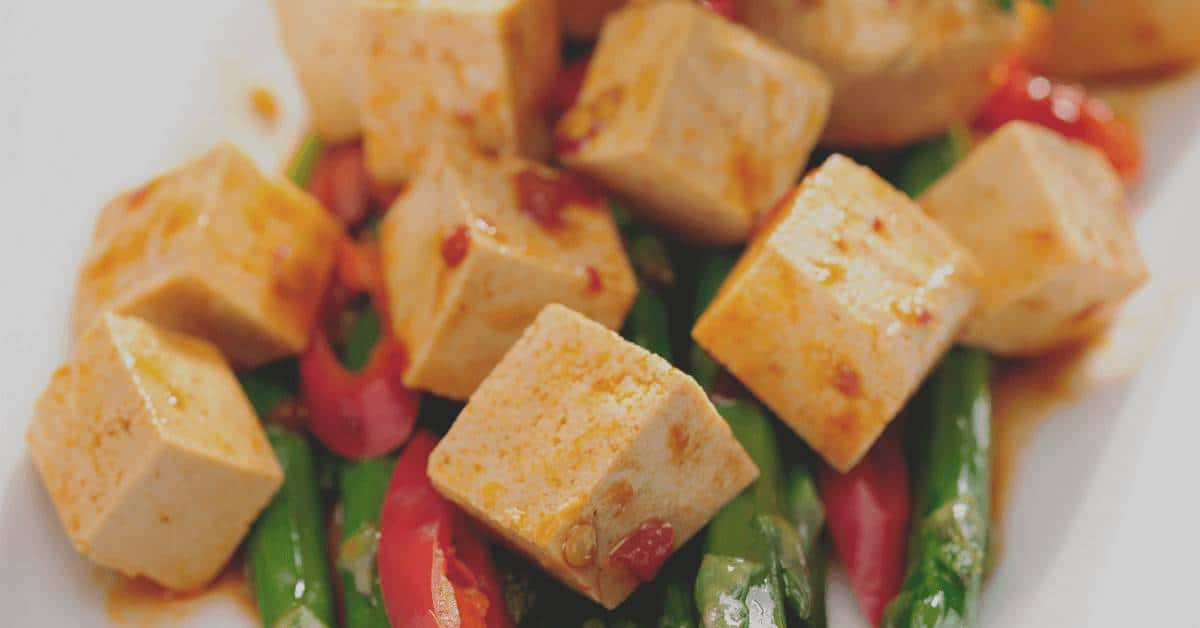 A list of vegan protein sources wouldn’t be complete without tofu. Plus, it’s time to end the stigma that tofu is bland. Tofu is a healthy vegan protein source that doubles as a plant based meat replacement. It’s also affordable, accessible, and extremely versatile.

On its own, tofu isn’t full of flavor. However, it has a wonderful texture, and it absorbs flavors like a sponge. You can also cut tofu in many different shapes or even crumble it to resemble scrambled eggs.

One cup of tofu contains an entire 20g of vegan protein. 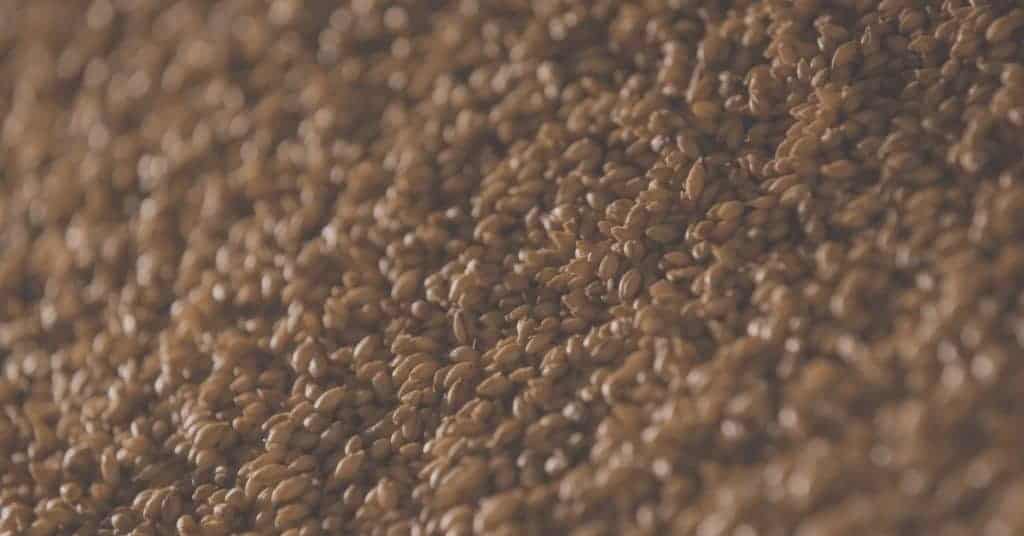 You can easily pack in two or more tablespoons of hemp seeds by sprinkling them on smoothie bowls or salads. You can also make dressings and other creamy sauces with hemp seeds. Hemp seeds are so delicious that you can eat them raw by the spoonful. 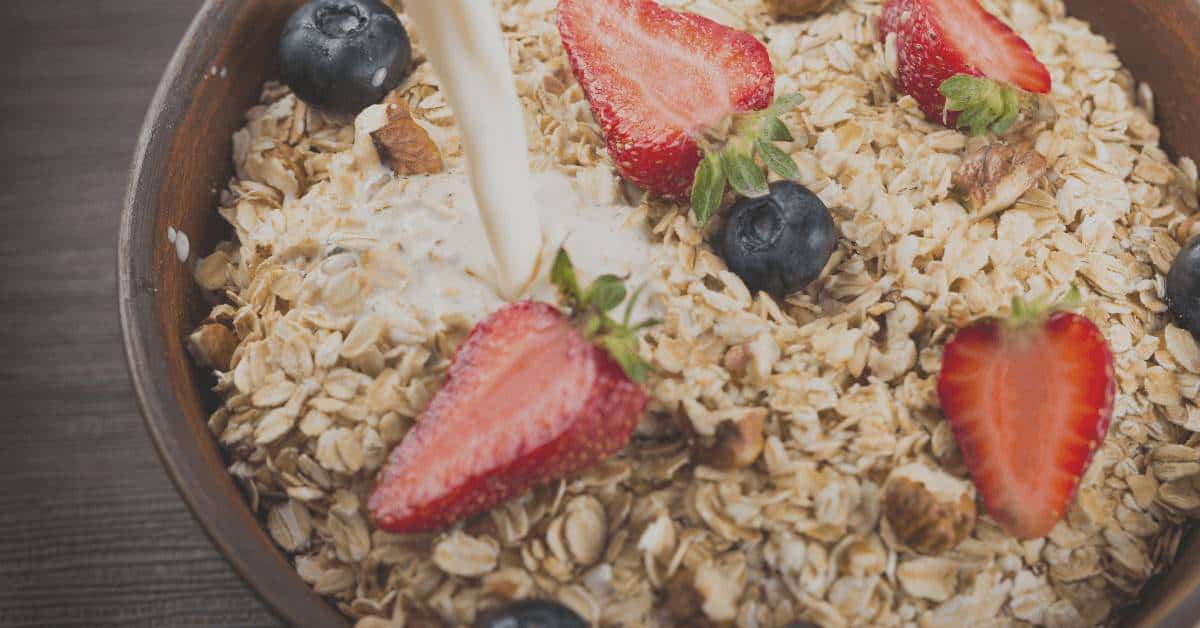 There are basically two breakfast options sweeping the vegan nation: smoothies and oats. Both are delicious, but one reigns supreme as an amazing vegan protein source—oats!

Now, that isn’t to say you can’t pack in a ton of vegan protein with smoothies, but oats definitely have their place in your pantry. They’re full of protein and, like smoothies, you can add other vegan protein sources for a high-protein vegan breakfast.

Oats are like a blank canvas waiting to be flavored. You can go classic with sweet toppings like maple syrup, almond milk, and fruit. But oats can be savory, too. They’re super versatile, cheap, and protein-packed.

One cup of cooked oats contains 6g of vegan protein. 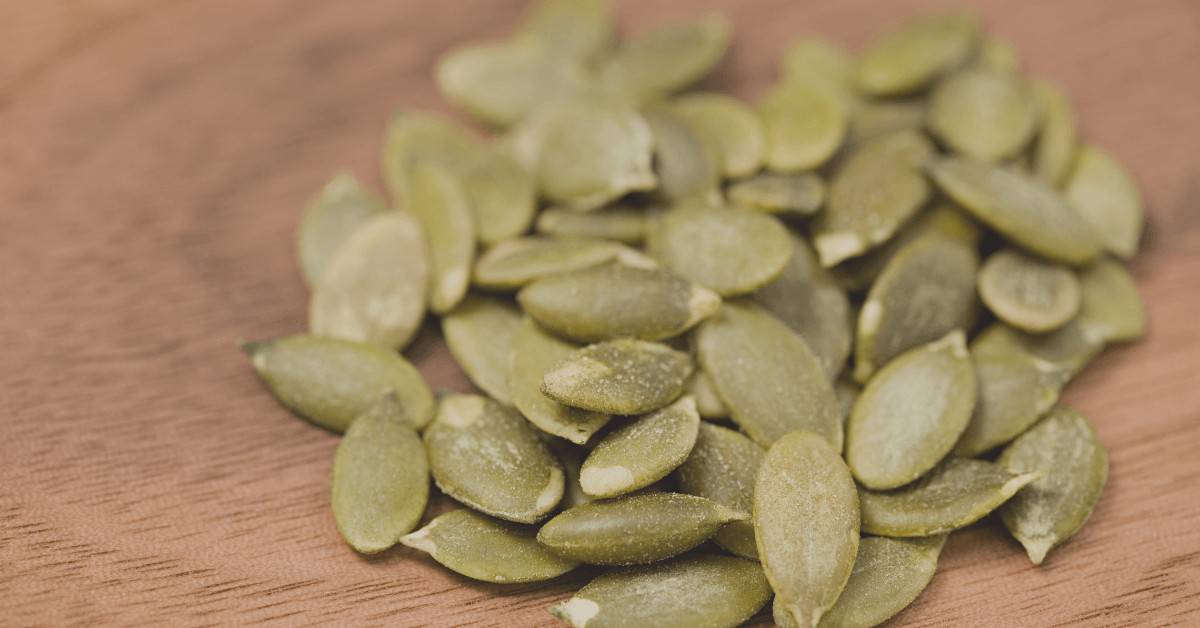 When you carve a pumpkin, the “guts” are full of white seeds. The white part is actually a shell. When you remove the white shell, you get green pumpkin seeds. Also known as “pepitas”.

1 oz is approximately two tablespoons, which is easy to get in between breakfast, lunch, and dinner—not to mention snacking. This vegan protein source complements both sweet and savory meals, like topping smoothies, oats, and nourish bowls.

When buying pumpkin seeds, make sure to look for the words “raw, shelled/hulled, and unsalted.”

Walnuts aren’t just for banana bread and cookies. When incorporated into your diet, walnuts make for an excellent vegan protein source.

You can snack on them raw or use them to top your meals. Add this vegan protein source on top of smoothie bowls, salads, and nourish bowls.

One cup of walnuts contains 15g of vegan protein.

Ever had black bean soup? Or Mexican black beans? What about black bean burgers? Every time you’ve enjoyed black beans, you were enjoying a rich plant based protein source. Like other beans, black beans are very high in protein.

There are endless ways to cook black beans. They’re mild in flavor and have a great texture, so you can use them in a variety of ways. 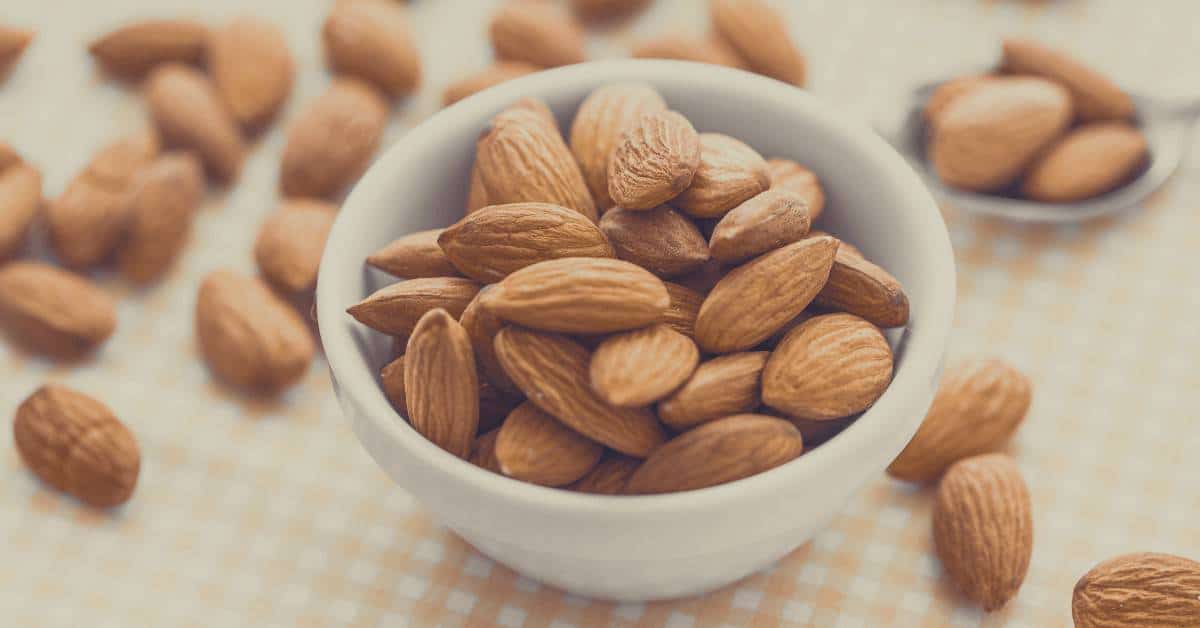 Almonds have been a cult favorite in the health and fitness world for ages. And for good reason—this overt fat is full of nutrients and makes for a vegan protein source that nearly everyone loves.

Some people put almonds in their smoothies for extra vegan protein. This vegan protein source is also great for on-the-go snacking. You can enjoy almonds whole, slivered, or chopped to add a crunchy texture to your meals. You can also replace white flour with flour made from almonds.