We’ve all seen the many commercials for sports drinks that make it seem that a light sweat calls for an entire bottle of neon-colored water. All different brands touting that their specific blend of electrolytes will turn you into Kobe Bryant. But how important are electrolytes actually to our body’s function? Also, do we really need to replenish our electrolytes if we break a sweat? Below is your go-to guide to electrolytes and why replenishing your hydration is supremely important to the overall health of your body and your fitness!

Electrolytes are minerals that break into small, electrically-charged particles called ions when they dissolve in water. Found in blood and cells, electrolytes are essential to physical activity because they regulate bodily fluids. Sodium and chloride, which maintain normal blood pressure and support muscle and nerve function, may be the most well known of the bunch. But the supporting cast includes calcium, which aids muscle contraction; magnesium, which aids healthy cell function; and potassium and phosphate, which help to regulate energy and pH balance.

Staying hydrated and maintaining electrolyte levels can have a bigger impact on your workout than you might think. According to Sports Dieticians Australia, as you lose fluids, you’ll not only experience a decrease in physical and mental performance, but you’ll also feel like the exercise is harder than it actually is.

During exercise, the body’s electrolyte balance can begin to shift. As the body loses electrolytes through sweat, the imbalance can result in symptoms like muscle cramps, fatigue, nausea, and mental confusion. And if the electrolyte supply stays low, muscles may continue to feel weak during the next workout session. Long-term risks include kidney failure, seizures, and disturbances in heart rhythm— a high price to pay for skipping a few sips.

At What Point Do You Need To Replenish Electrolytes?

Drinking water to re-hydrate is an important part of any exercise routine. As the body loses water faster than it loses electrolytes, it may not be necessary to replace minerals during workouts that last less than an hour.

During longer workout sessions, the plan for electrolyte replacement depends on a few factors. Though gender differences are small, guys tend to sweat more than gals do. And research suggests larger athletes may need more sodium than smaller teammates since they usually get sweatier. In general, more intense exercise (e.g. an hour of kickboxing vs. a stroll in the park) depletes more electrolytes.

First, you’ll want to be hydrated before you start. The American College of Sports Medicine recommends drinking 16 to 20 ounces of water or sports drink at least four hours before exercise, then another 8 to 12 ounces 10 to 15 minutes before.

But don’t get too caught up in the numbers. The important thing is to monitor your fluid loss. While you might perspire a bit during a 20-minute jog, you’re probably going to sweat a lot more in an hour-long HIIT class. Additionally, you might be losing fluids in other ways: Are you spitting frequently during a 10-mile training run? Have you taken a lot of bathroom breaks? Is your towel soaked? Were you breathing heavily the entire time? These can all indicate you might be losing more fluids than you want. And check the thermometer, since warmer weather can mean more sweat.

What Are The Best Sources of Electrolytes?

If we put in too much free water without keeping up with those electrolytes, the body can go into a dangerous state where the sodium is too low. This condition, called hyponatremia, happens when your water-sodium balance is out of whack, causing nausea, vomiting, fatigue, confusion, and, in extreme cases, death.

But watch out for drinks with too much sugar, which can add unnecessary calories. Look for drinks that have four to nine percent carbohydrates per eight ounces, and 120 to 170 mg sodium. A quick snack is another way to get back electrolytes. Salty foods, think peanut butter, pickles, and tomato juice, should top the list since the body loses sodium in higher amounts than it loses other electrolytes. Leafy greens, tomatoes, celery, bananas, yogurt, nuts, and beans can help restore the rest of the electrolyte team. They’ll get the body back on track and ready for its next challenge. 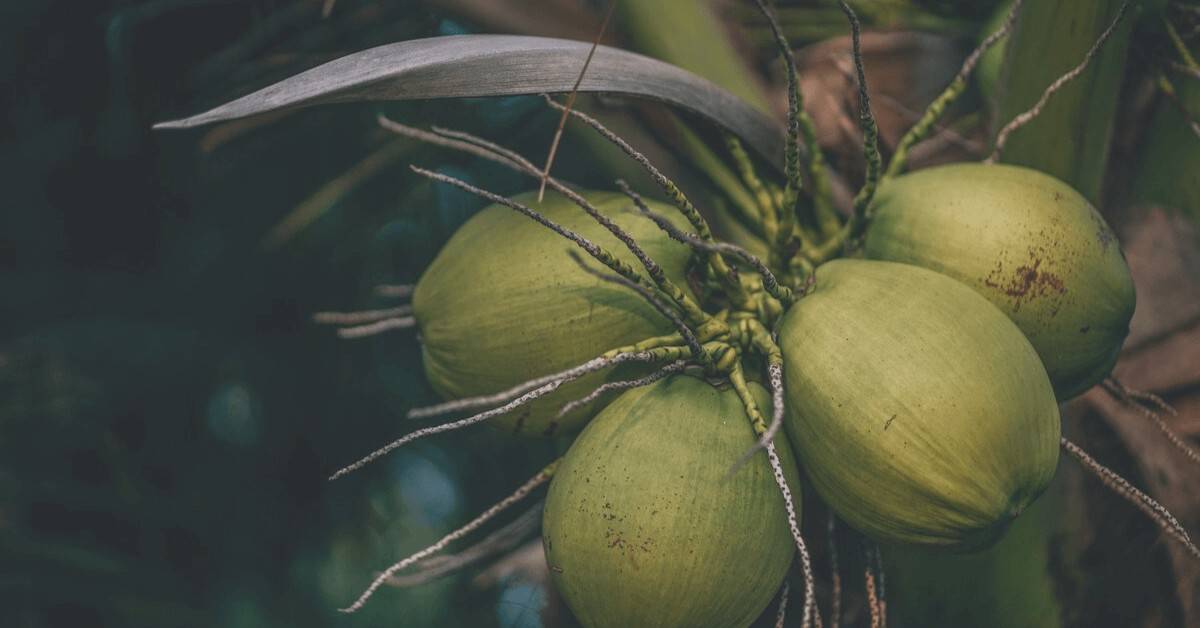 Marketed as the alternative to processed sports drinks, coconut water is mostly meant for hydration. It’s been called “nature’s sports drink” thanks to its isotonic solution that’s low in calories (about 60-90 calories per serving), fat-free, and low in cholesterol.

The drink has been proven effective in hydration. One study found coconut water caused less nausea, fullness, and no stomach upset in post-exercise participants as opposed to the average sports drink and water. The drink is also touted for its high potassium levels with 15x more than what’s found in the average sports drink and twice as much as what’s found in a banana. Potassium is a mineral that has been linked to preventing muscle cramps.

ELECTROLYTE TIP #2 – Swap In A Banana

Bananas are known to be the king of all potassium-containing fruits and veggies. With about 422mg of potassium per banana, we can see why! Potassium helps control muscles and blood pressure. Without it you may experience sub-optimal muscle function. What’s cool about bananas is that they come in their own portable pouch! They’re the perfect grab-n-go pre- and/or post-workout snack.

Sports drinks are usually high in sugar and energy – necessary for those elite athletes, but not for an average person or, for that matter, an average gym-goer, who’s in danger of consuming more calories than their workout is burning off. Some sports drinks can contain ten or more teaspoons of added sugar. Which is more than is recommended we consume in a day.

A 2012 BMJ  article concluded that despite many studies, the evidence for benefit from sports drinks is limited, and the drinks industry has used its marketing to influence advice about dehydration and re-hydration more than the evidence has. 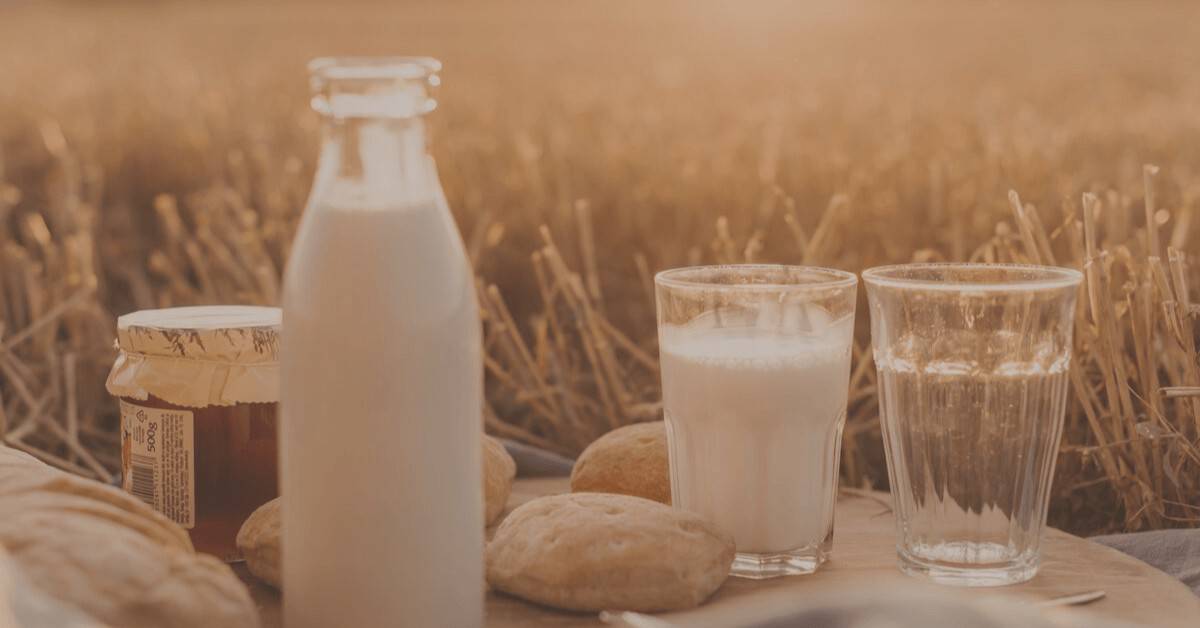 Some sports nutritionists are also keen on milk as a post-training drink; milk contains both the carbohydrate and protein necessary for muscle repair and recovery after an intense workout. A Canadian dairy industry group recently launched a “Powered by Chocolate Milk” campaign to promote chocolate milk as a sports drink, using prominent athletes as “chocolate milk ambassadors”. Again, probably not necessary for most of us after a gym class. But worth considering after long, intense exercise.