On this week’s episode of 20 Minute Fitness, Martin Kessler is the host of the show! Learn about how supplements can be the missing link in your fitness regime. He talks about the difference in protein powders. Including the benefits of using a BCAA in your diet.

Can MCTs and Ketones Transform Your Diet?

Understand the science behind why Beta-alanine is critical in enhancing strength and performance. Especially, during strenuous workouts. Hear about how caffine can go beyond just exsting in your coffee. In fact it maybe able to supercharge your workout!

Creatine is one of the most popular and widely researched natural supplements. Creatine is a molecule from amino acids that are produced naturally by the body in the kidneys, liver, and pancreas. Also, creatine is a combination of three different amino acids: glycine, arginine, and methionine.

Essentially, creatine is important because it plays a major role in helping your body meet energy needs for brief, powerful movements lasting fewer than 10 seconds.

On the other hand, long duration, low-intensity workouts like a marathon rely on a different energy system. However, this is typically not enhanced by Creatine.

Also, as a dietary supplement, you can increase muscle creatine content by up to 40% beyond its normal levels. In a nutshell, supplementing with creatine increases the available fuel to power ATP, which can increase muscle strength, size, and power output. Beyond its usefulness in replenishing ATP energy stores, there is another anabolic property that creatine holds and this is its ability to hydrate muscle cells.

When muscle cells are hydrated a few things happen, the most notable being an increase in protein synthesis. The second effect of muscle hydration is an increase of ions into the cell. Because this leads to greater water retention at the cellular level. However, this may cause an increase in your overall weight, but of course not body fat.

Casein has a very slow digestion rate. Yet, this makes it ideal as a pre-bedtime snack because it prevents catabolism while you sleep by emptying slowly and steadily. Casein also makes you feel less full. This makes it a great snack for those who want to pack on muscle mass.

Specifically, to gain muscle, you need to consume more protein than your body breaks down through natural processes.

Whey is the most commonly used because it is the one protein our body is able to absorb most quickly. In essence, whey protein is the dominant protein in cows’ milk. It makes up approximately 20%, while the rest is casein. However, to reach its powdery state as a supplement it is basically extracted, separated from Casein, purified and then dried. Whey is a so-called complete protein because it contains all nine essential amino acids.

BCAAs stands for “Branched Chain Amino Acids.” Amino acids are the building blocks of protein. There are nine essential amino acids in total. However,  but there’s a key trio that helps you maintain muscle: leucine, isoleucine, and valine. For our part, leucine is the star of the trio as it directly stimulates protein synthesis via the activation of an enzyme responsible for cell growth known as the mammalian target of rapamycin, or mTOR.

Essentially, of these three, leucine is the muscle-building powerhouse. To unlock the full effects of leucine, the latest research suggests consuming 2 to 3 grams a sitting, at least 3 times during the day.  Also, you’ll find that sweet spot of 2 to 3 grams leucine in 1 scoop of whey protein, 1 cup of cottage cheese, or 3 ounces of chicken breast.

One study published in the Journal of the International Society of Sports Nutrition found that individuals were able to maintain lean body mass when supplementing with BCAAs during a calorie-restricted diet. Within the study, participants weren’t eating the recommended 2 to 3 grams of BCAAs per sitting in their low-calorie diet, so when one test group took BCAA supplements, it helped them retain muscle. And that’s hard to do when you’re trying to drastically slim down.

It’s not that BCAA supplements have no merit. You should take them if you’re not getting enough in your daily diet. But when you eat 2 to 3 grams of leucine from food sources at least 3 times a day, you don’t need them.

Beta-alanine is a non-essential amino acid naturally found in our body. However, it’s critical enough to have more of if you want to enhance your strength and endurance during workouts. Combining with another amino acid, histidine, to form carnosine, which makes it a dipeptide. A molecule made up of two amino acids bonded together.

Now Carnosine is important to have for those strenuous workouts. Working out requires energy, which is why our body break’s down glucose to synthesize energy. Especially, this process usually requires oxygen, now when not enough oxygen is available, we produce lactic acid to use it instead of oxygen. However, a side effect of too high lactate levels then is an increase in the acidity of our muscle cells, which in turn makes it harder to contract the muscle, and fatigue can result. Thus, if the body can combat the acidity, it can keep working harder.

Caffeine. Yes, it’s found in coffee, tea as well as countless pre-workout and fat burner supplements. While caffeine is mostly known for its ability to increase mental alertness. Also,  it is a great supplement to increases stamina and physical endurance. However, it does so by mobilizing fat stores and encouraging muscle to use fat instead of glycogen as fuel. The glycogen saved in the process can then be utilized during the later stages of exercise, which in turn increases your stamina and overall endurance.

Creatine timing on muscle mass and strength: Appetizer or Dessert?

The Effect of Whey Protein Supplementation With or Without Creatine Monohydrate Combined With Resistance Training on Lean Tissue Mass and Muscle Strength.

Dietary protein for athletes: from requirements to optimum adaptation.

Role of beta-alanine supplementation on muscle carnosine and exercise performance

Why Does Lactic Acid Build Up in Muscles? And Why Does It Cause Soreness

Effects of caffeine ingestion on rating of perceived exertion during and after exercise: a meta-analysis

Exercise and Sports Performance with Low Doses of Caffeine 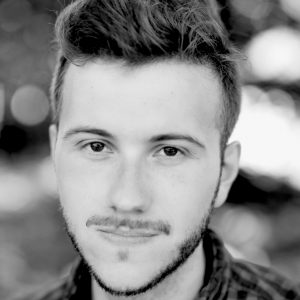