This week on the 20 Minute Fitness podcast we’re experimenting with a new format: a book review discussed between Martin and another Team Shape member, Nick. They talk about an extremely fascinating book, The Hungry Brain, which explains the foundation behind our neurological & physiological responses to food cues.

They will discuss the evolutionary reasoning behind overeating, the role genetics plays in our tendency to gain weight, and some useful steps that you can take to counteract unhealthy eating behaviors. Don’t miss this episode!

1) The Basis of Our Neurological Intrinsic Food Reward Calculation

The book starts by explaining the Optimal Foraging Theory (OFT), which basically says that animals have been crafted by natural selection to gather food from their environment as efficiently as possible. Additionally, the value of a food item = calories gained – calories expanded, which basically means that we always aim to achieve the highest reward/risk ratio.

This made complete sense in older hunter and gatherer civilizations where the food environment was scares. However, our brain still works the same way in today’s society. We still follow a reward/risk approach, whereby after your brain registers that you’re hungry it will go through a subconscious bidding process and likely choose the easiest but highest reward options. Which are mostly not the healthiest options.

Press play to hear more about the evolutionary explanation of why we tend to choose fast food over home cooked healthy options!

On top of our evolutionary building blocks, our brain also reinforces these high reward/risk choices. Every time you eat something that tastes good and is low effort, your brain releases dopamine. Then, next time you’re hungry, your brain is going to automatically bring up this option again. This results in an automatic bias against unhealthy choices.

Engaging in healthy activities, like exercising can also release dopamine. However, these are more “long term” gains that you have to think about more consciously. Whereas for instance eating junk food results in immediate gratification, which makes it more a more powerful impact over your brain.

Listen on to learn more about out biological responses to food and how our food preferences come about!

Unfortunately, it is true: genetics play 70% role in how easily you gain weight. The book talks about an interesting study that supports this claim, where a group of 40 identical twins and a group of 61 fraternal twins were on the same diet for a certain time period. The identical twins gained about the same amount of weight and and at same parts of their bodies. However, there was a variance in weight gain, between fraternal twins and across the pairs.

There is varying degrees in terms of how much you’re genetically predisposed to become obese and this is influenced by several factors. Firstly, it’s influenced by your ability to turn consumed energy into storage. It also depends on your resistance to overeating. Lastly, how you handle temptation.

Tune in to this week’s episode to hear the 6 steps you can take to have a slimmer lifestyle even if you’re not genetically blessed! 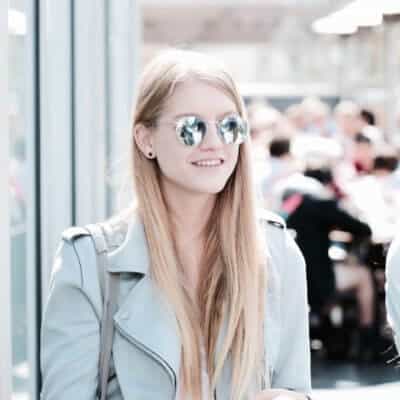